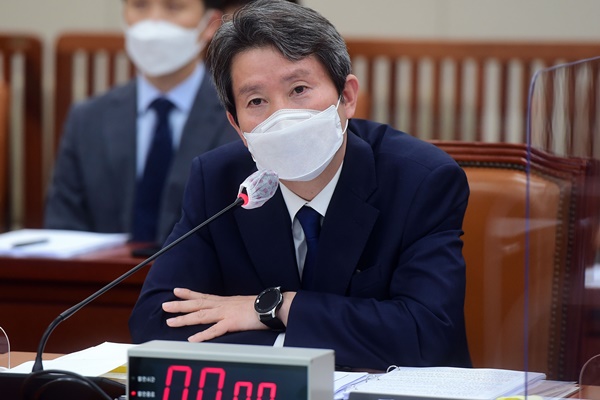 In a video message to a global forum hosted by the Korea Institute for National Unification on Wednesday, Lee said "that is the way forward" and it's an "obligation that shouldn't be neglected."

The minister said that tasks at hand include reconnecting and modernizing roads and railways between the two Koreas, implementing individual tours to North Korea and facilitating nuclear negotiations between the North and the U.S. based on cross-border trust.

He also stressed the need for an East Asian community such as the European Union or ASEAN, the Association of Southeast Asian Nations.