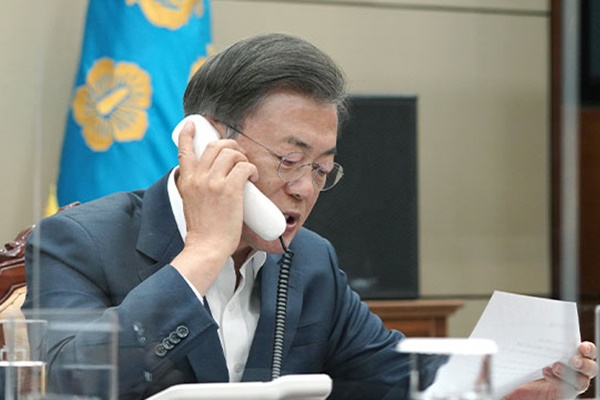 President Moon Jae-in continued his phone diplomacy on Wednesday to support the trade minister's bid for the top post at the World Trade Organization(WTO).

According to the presidential office, Moon had phone calls with the prime ministers of Denmark and India -- Mette Frederiksen and Narendra Modi -- and asked for their support for Trade Minister Yoo Myung-hee

In the phone talks, President Moon said that Yoo is the best person to balance the interests of advanced and developing nations and carry out the reform of the trade body successfully.

The Danish and Indian leaders reportedly congratulated Yoo on advancing to the final round and hoped that she will have good results.

Trade Minister Yoo is competing against Nigeria’s Ngozi Okonjo-Iweala in the third and final stage for the top post of the global trade body.