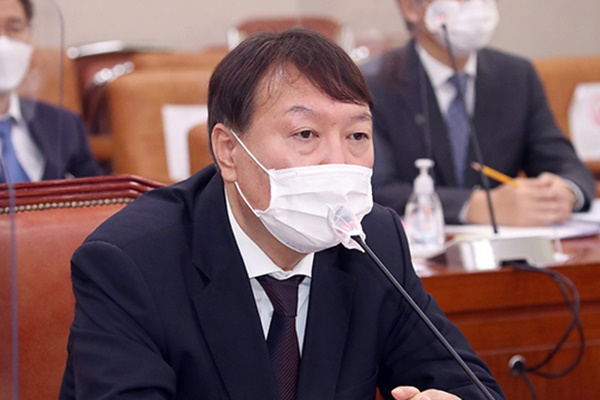 South Korea's chief prosecutor says he is aware of the public's ongoing clamor for prosecutorial reforms.

At a parliamentary audit on Thursday, Prosecutor General Yoon Seok-youl stressed that the prosecution has sternly responded to corruption in society.

Yoon added that the state investigative agency has pushed various reforms in the past year, aimed at improving its investigative practice and culture.

Yoon's remarks come a day after Justice Minister Choo Mi-ae expressed on social media her disappointment over the prosecution's perceived insincerity toward reform, claiming past practices were repeated during a probe into the country's hedge fund scandals.
Share
Print
List