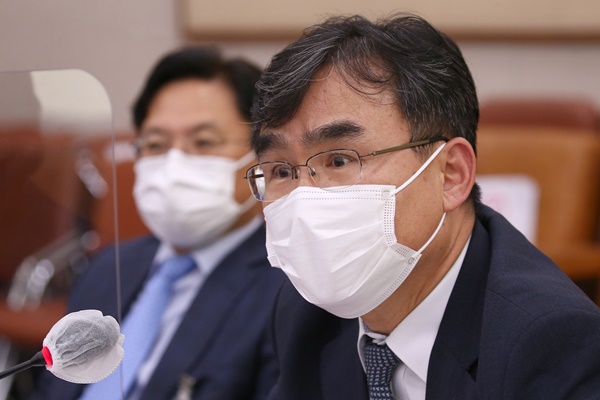 A chief district prosecutor overseeing an investigation into the country's hedge fund scandals resigned on Thursday, claiming that politics have “buried the prosecution."

On the state agency's internal network, Park Soon-cheol, the head of the Seoul Southern District Prosecutors' Office, expressed concerns over growing public mistrust towards the prosecution, after two statements issued by a key suspect in the case.

Kim Bong-hyun, a prime suspect in the financial fraud case involving Lime Asset Management, claimed that he had lobbied prosecutors and opposition politicians, while denying any relations with presidential officials or ruling party figures.

The Lime case has surfaced as a major financial and political minefield amid allegations that Kim lobbied lawmakers and prosecutors to conceal the case and evade investigation.

The district chief, who previously denied the Justice Ministry's allegations that Prosecutor General Yoon Seok-youl was passive about looking into the alleged bribery, said there has been progress in the investigation.

Regarding Justice Minister Choo Mi-ae ordering Yoon to recuse himself from the fund scandal probe, Park stressed that laws on the minister's command authority shouldn't be unlawfully exercised nor abused to threaten the prosecution's political neutrality.
Share
Print
List