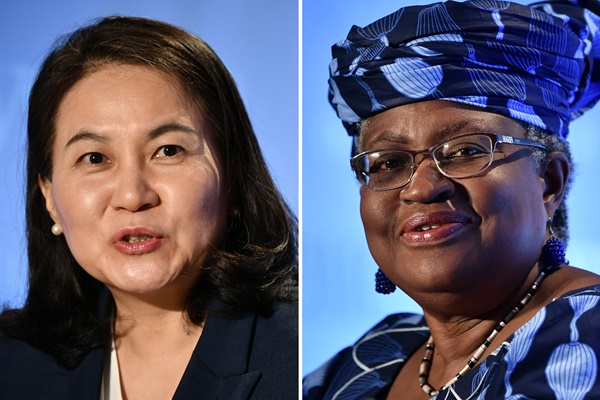 European countries are reportedly struggling to reach an agreement on who they will choose to support in a two-way race for the World Trade Organization chief, which includes a South Korean candidate.

According to the European edition of U.S. political media outlet Politico on Thursday, a majority of EU members, including France and Germany, are working to reach a consensus around Ngozi Okonjo-Iweala, a former Nigerian finance minister who is running for the top post at the WTO.

EU leaders reportedly discussed the ongoing WTO Director-General race in the context of the relationship between the EU and Africa with European Council President Charles Michel emphasizing a unified stance on the matter.

Meanwhile, the WTO on Tuesday launched a survey of 164 member countries on who they prefer as the next head of the global trade watchdog. The poll will be conducted through Tuesday.
Share
Print
List