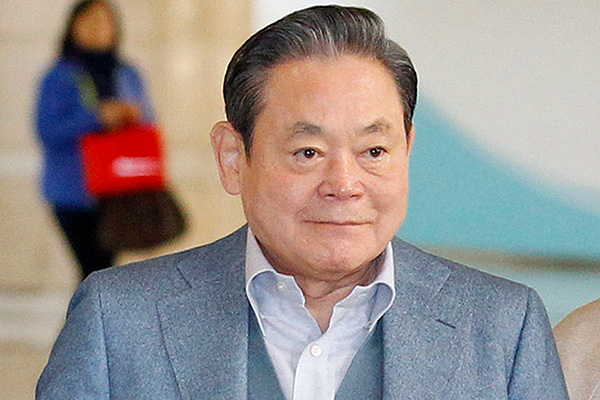 The main opposition People Power Party Floor Leader Joo Ho-young said on Sunday that the "leader of innovation," who led Samsung to grow into a global company, has died, assessing that Lee elevated the global status of Samsung as well as South Korea.

The spokesperson of the minor opposition People's Party also issued a statement expressing condolences for the deceased, saying that a "great star" in the Korean business community has fallen and that Lee's contribution to the South Korean economy was significant.

Ruling Democratic Party Chairperson Lee Nak-yon also expressed his deep condolences for the death of the Samsung chair, wishing that the deceased rests in peace.

While noting the positive and negative side of Lee's legacy, the DP chair said in his Facebook post that the deceased induced change and innovation with his leadership, turning Samsung into a global company.

The DP chair said that Lee, however, also had negative effects on the economy by strengthening the conglomerate-oriented economic system and by disallowing labor unions.
Share
Print
List