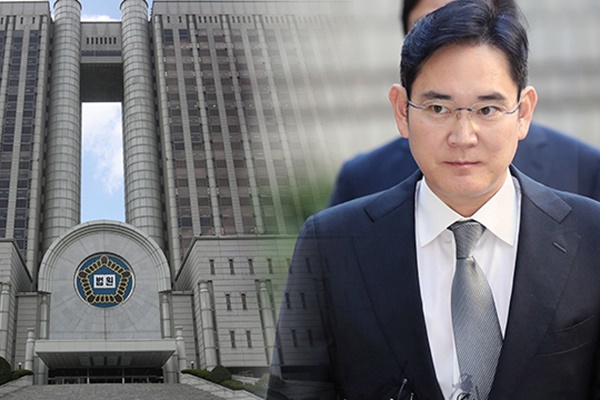 Judicial deliberations on a bribery case involving Samsung Group heir Lee Jae-yong have resumed with the accused skipping a pre-trial hearing because of his father’s funeral.

The Seoul High Court on Monday held the preliminary hearing session in a trial for Lee's involvement in a bribery and corruption scandal surrounding jailed former President Park Geun-hye.

Lee, whose ailing father died on Sunday six years after he suffered from a heart attack, exercised his right to skip the session designed to discuss key legal issues and trial procedures. Defendants and prosecutors in attendance agreed to discuss more details, including trial schedules, during an official hearing session slated for November nine.

The trial had been suspended since January 17 when an independent counsel led by Park Young-soo requested the replacement of sitting judge Jung Jun-young, arguing that he displayed prejudice in the case and was biased toward the accused.

Both the appeals court and the Supreme Court turned it down.

The 52-year-old scion was sentenced to five years in prison in August 2017 over three-point-six billion won that Samsung provided to support the daughter of Choi Soon-sil, the long-time confidante of ex-President Park. An appeals court reduced his sentence to two-and-a-half years suspended for four years, leading to his release in February of 2018.

The case, however, is sitting again at the Seoul High Court after the Supreme Court last year overturned the lower court’s conviction and ordered the appeals court to review the case, arguing an additional five billion won funneled to Choi from Samsung should also be considered as a bribe.
Share
Print
List