Ex-Pres. Lee to Go Back to Jail 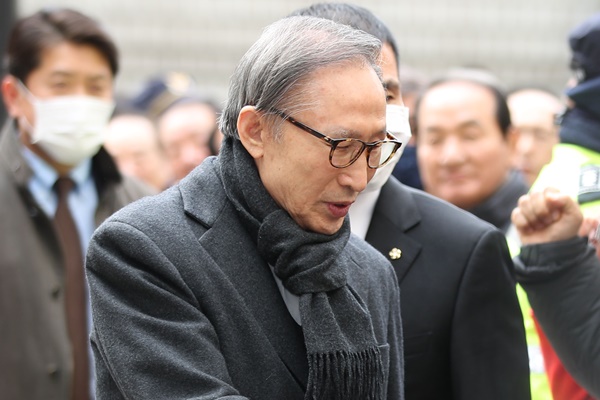 In its ruling on Thursday, the Supreme Court also upheld a fine totaling 13 billion won and a forfeiture of five-point-78 billion won.

In October 2018, the Seoul Central District Court sentenced Lee to 15 years, after concluding that he had embezzled more than 24 billion won from the auto parts company and received eight-point-five billion won in bribes. It also found that Lee was the de facto owner of DAS, which he had denied.

An appeals court increased the prison term to 17 years earlier this year due to the increased amount of bribery that he was found guilty of.
Share
Print
List