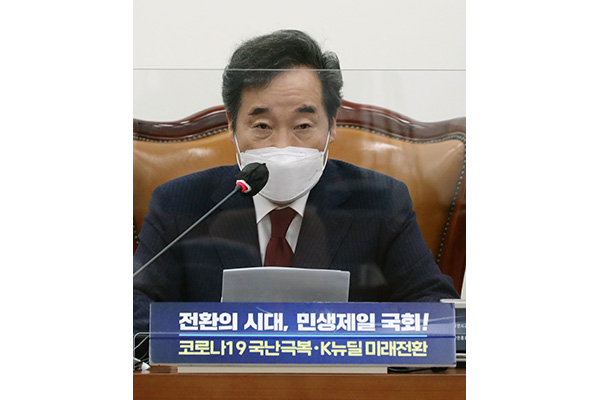 The ruling Democratic Party(DP) will hold a vote this weekend on the need for a revision to the party constitution that would allow it to nominate candidates to run in the mayoral races in Seoul and Busan during next April's byelections.

At a general meeting of DP Assembly members on Thursday, party chairperson Lee Nak-yon said his party has decided that it would be more responsible to nominate candidates to face the public's judgment than not to.

Lee added that by not nominating candidates the party may also excessively restrict voter rights.

The mayoral posts in the country's two biggest cities have been vacant for months after former Seoul Mayor Park Won-soon died in an apparent suicide amid sexual abuse allegations and former Busan Mayor Oh Keo-deon stepped down for similar accusations.

The party constitution currently bans party nomination for a byelection after an elected official affiliated with the party loses the post due to corruption and other wrongdoings.

The party chief also apologized to the victims, as well as voters in Seoul and Busan for the administrative vacuum.
Share
Print
List