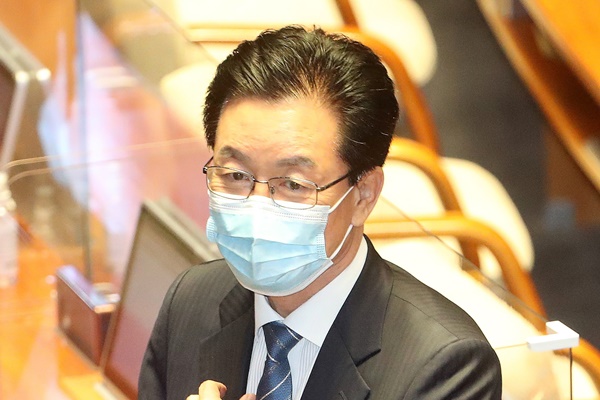 A motion that allows prosecutors to arrest ruling Democratic Party(DP) lawmaker Jeong Jeong-soon passed in a plenary session at the National Assembly on Thursday afternoon.

Of the 186 lawmakers in attendance, 167 voted in favor while 12 voted against Jeong’s arrest.

The motion’s passage has stripped arrest immunity from Jeong, who is under investigation for alleged campaign accounting fraud ahead of this year's general election in April.

South Korean lawmakers cannot be arrested or detained while the parliament is in session without parliamentary consent unless they are caught in the act. The last time an arrest motion for an incumbent lawmaker was approved was in 2015.
Share
Print
List