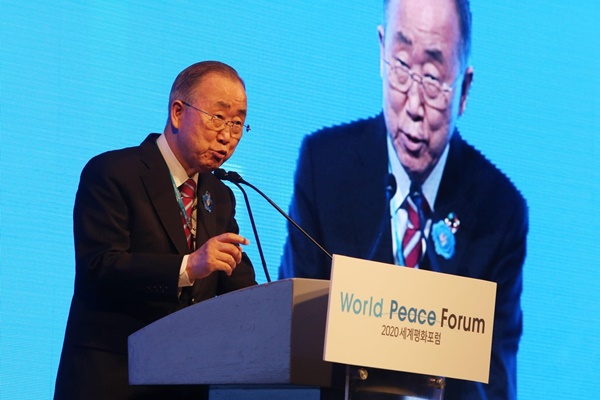 In a global peace forum held in Busan on Thursday, Ban said the whole world gave Moon a round of applause, including incumbent UN chief Antonio Guterres through a statement.

The former South Korean Foreign Minister said South Korea is a latecomer in reaching the stage of declaring the goal, but it is not yet too late.

Saying the presidential commitment allowed the world’s 11th largest economy to save face, Ban emphasized efforts to make it happen.

He also sought cooperation from local companies on reaching the goal, saying advancement of climate change will threaten their existence.

In a speech at the National Assembly on Wednesday, Moon said his country will “actively respond” to climate change and target carbon neutrality by 2050.
Share
Print
List