KCTU to Continue with Labor Rallies on Saturday 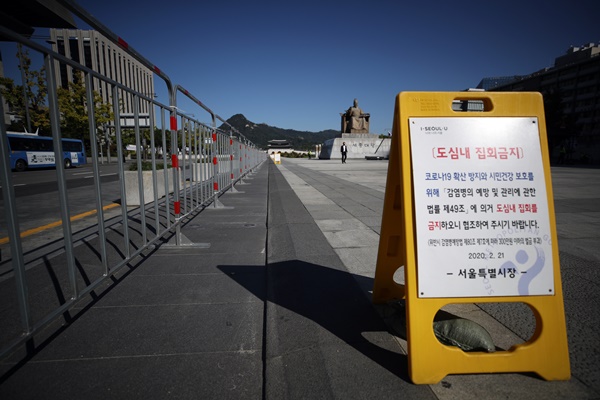 The Korean Confederation of Trade Unions(KCTU) is set to go ahead with multiple rallies nationwide, including in Seoul, on Saturday despite government requests to cancel because of COVID-19 fears.

According to the umbrella union on Friday, rallies will take place as planned from 2 p.m. across the country to mark the 50th anniversary of the death of Jeon Tae-il, a South Korean worker who committed suicide by self-immolation at age 22 in protest of poor working conditions.

The confederation has held rallies every November to commemorate Jeon. It used to hold one huge gathering in downtown Seoul. But amid the pandemic this year, smaller rallies will take place throughout the country.

Twenty-five rallies are scheduled in Seoul with a cap of 100 participants each in line with the city’s ban on gatherings of more than 100 people. Outside Seoul, rallies are scheduled at 13 locations, but with no restrictions in place in some provinces, a thousand people could potentially show up.

The KCTU will observe mask-wearing and distancing as well as conduct temperature checks in accordance with quarantine measures.

The government earlier asked the union group to reconsider the rallies or hold them at a minimal level to prevent the spread of COVID-19.
Share
Print
List