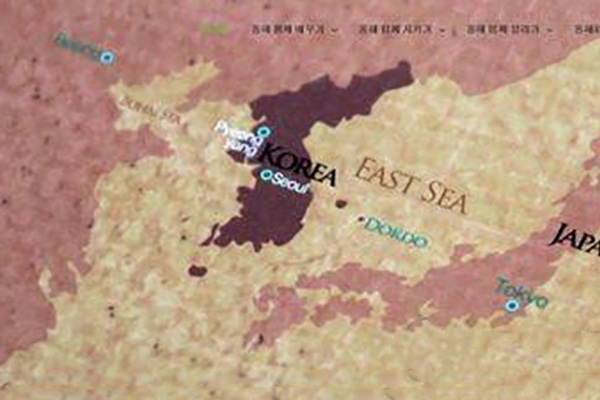 Seoul’s Foreign Ministry has refuted Tokyo’s claim that the International Hydrographic Organization(IHO) has ruled in its favor in a long-standing controversy over the name of the sea between the two countries.

Ministry spokesperson Lee Jae-woong relayed the stance in a regular media briefing on Tuesday, hours after the IHO members tentatively approved to adopt revisions to "S-23," an international standard for world map production, to adopt a number designation for the sea.

The consensus, Lee argued, is the confirmation that S-23 is no longer an effective standard, adding the current S-23 will have only historical value as a relic of the analogue era in its digitalized transformation.

He said that the name of the Sea of Japan will also be demoted along with the virtual elimination of S-23 while the prospective revisions, called S-130, will pave the ground for the spread of the name East Sea.

The spokesperson said although the IHO decision is not exactly what Seoul had been seeking, it is a reasonable measure that fairly took into account the positions of the two countries.

Earlier in the day, the Japanese government also welcomed the IHO approval, claiming it supports the exclusive use of the Sea of Japan. Japanese Foreign Minister Toshimitsu Motegi said that the name will remain on paper maps and that Japan’s claims “have been reflected.”
Share
Print
List