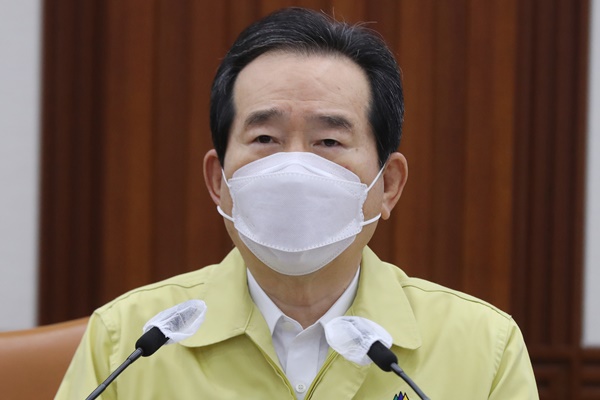 Prime Minister Chung Sye-kyun said on Friday that South Korea has confirmed more than 500 COVID-19 infections for the second consecutive day, and the virus situation is "very serious and urgent."

The prime minister made the remarks during a meeting of the Central Disaster and Safety Countermeasures Headquarters in Seoul.

Chung said the virus appears to be spreading again in earnest nationwide, noting that the daily infections have hit the highest since March.

Quoting experts' warning that the daily number could rise to one thousand, the prime minister said the nation is witnessing outbreaks of new clusters at various places including schools, churches, bars and military bases.

He said the government will discuss additional measures to strengthen quarantine procedures to contain the spread, while urging the public to stay home and refrain from contact with other people as much as possible.
Share
Print
List