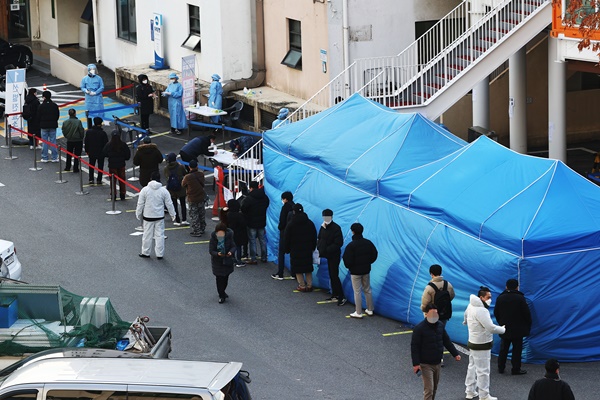 South Korea registered more than 500 new COVID-19 cases for the second straight day amid a third wave of the epidemic.

Of the 525 local transmissions, 337 came from the capital region with 204 in Seoul, 112 in Gyeonggi Province and 21 in Incheon. Cases in the greater Seoul area accounted for a little over 64 percent of all local infections.

A large number of cases are linked to a church in Seoul’s Mapo District where a total of 119 infections have been confirmed as of noon Thursday. Cases linked to an aerobics and dance studio in Seoul’s Gangseo District have risen to 66, also as of Thursday.

One more death was reported, raising the death toll to 516. The fatality rate stands at one-point-57 percent.
Share
Print
List