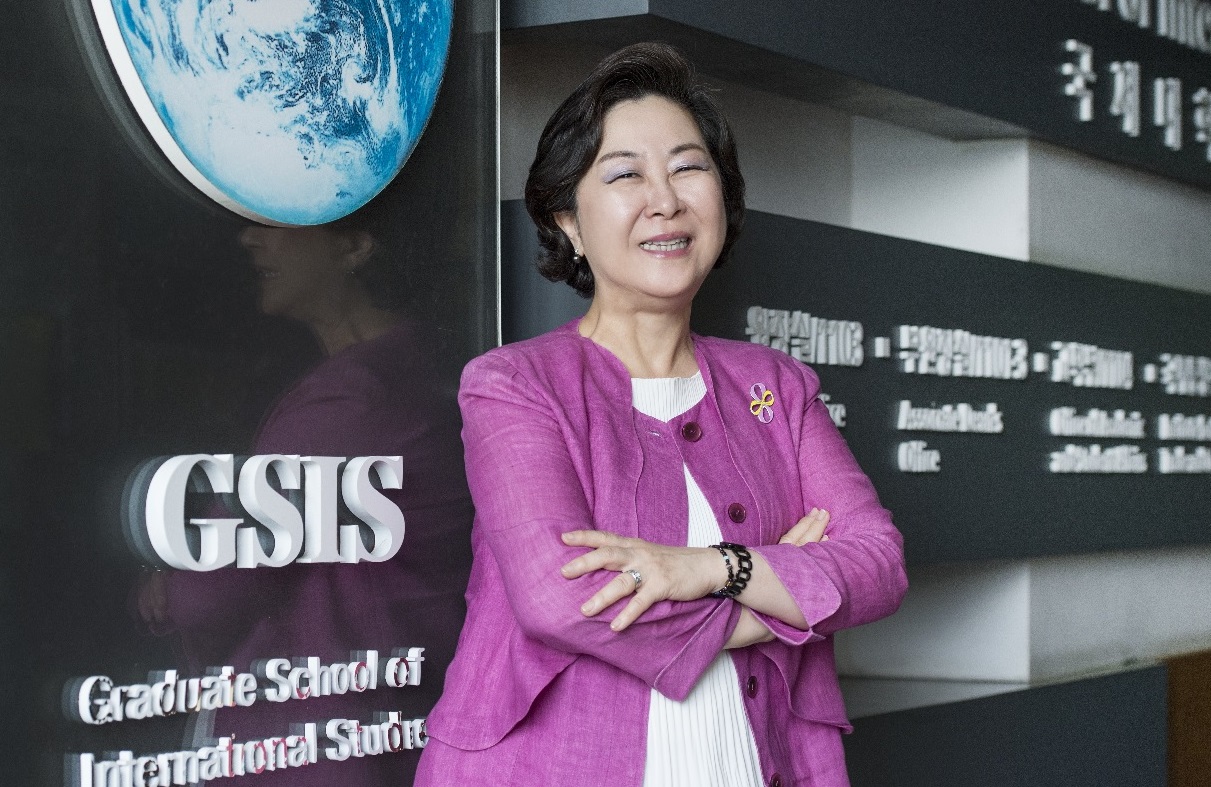 Kim Eun-mee, a professor of international studies, has been elected the 17th president of Ewha Womans University, a leading women's school in South Korea.

The university held a board meeting Friday and chose Kim out of two finalists recommended by the school's election management committee.

Kim came in second in the online vote held Wednesday, in which professors, staff, students and alumni all took part. In Thursday's final vote, she came in first.

The 62-year-old graduated from Ewha with a degree in sociology and obtained her master's and doctorate degrees at Brown University. She became a professor at her alma mater in 1997 and has since served as dean of the Graduate School of International Studies and the Institute for Development and Human Security.

Her previous positions include an outside director for Samsung Electronics, member of the Defense Ministry's regulatory reform deliberation panel and a policy adviser to the Ministry of Gender Equality and Family.