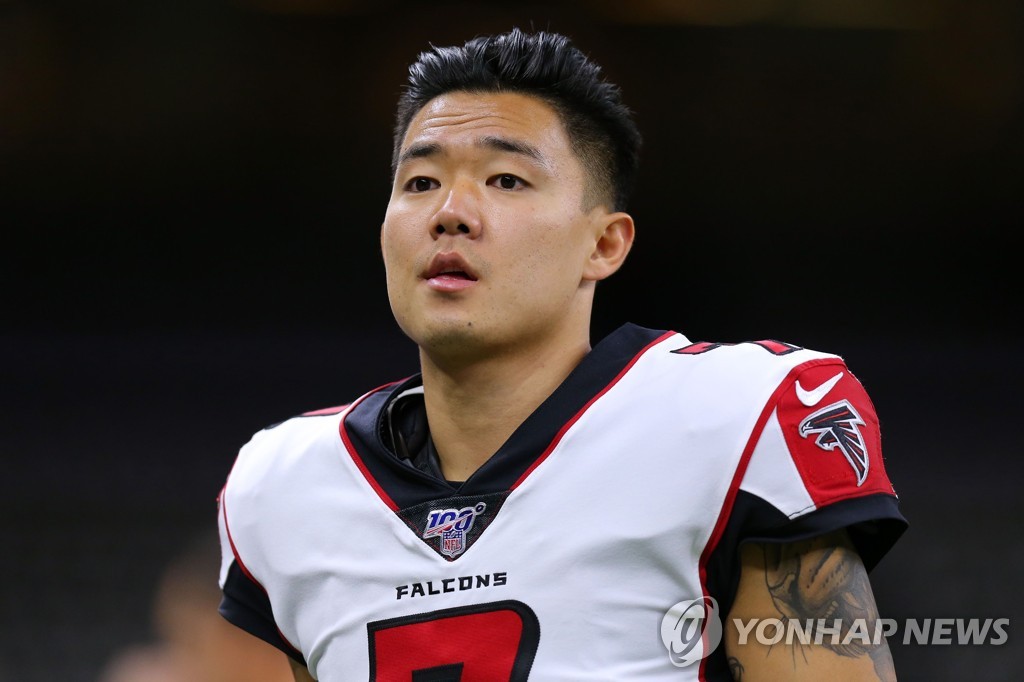 South Korean American football player Koo Young-hoe, who is a member of the Atlanta Falcons, is on track to play his first-ever National Football League(NFL) all-star game.

The NFL said on Thursday that Koo was leading all National Football Conference(NFC) kickers in Pro Bowl voting as of Thursday.

He was in fact leading the whole league with American Football Conference(AFC) leader Rodrigo Blankenship from the Indianapolis Colts trailing him at 44-thousand-865.

If the 26-year-old South Korean maintains the NFC lead in the fan vote to be carried out through December 17, he will make the AFC–NFC Pro Bowl slated for January 31.

Koo, who joined the Falcons in 2019, has had a spectacular season this year, converting on 96 percent of his kicks and making 24 out of 25 field goals.
Share
Print
List