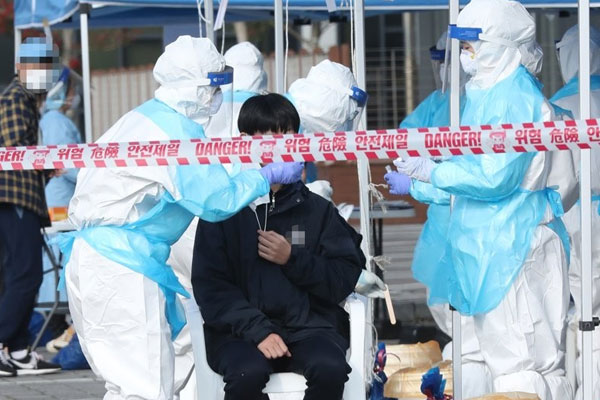 The Korea Disease Control and Prevention Agency(KDCA) said Wednesday that the new cases raised the country's accumulated total to 35-thousand-163.

The daily figure for the recent week came to an average of 498-point-four amid the third wave of the epidemic. Health authorities and experts warned that the figure could rise to one-thousand a day in a couple of weeks.

Of the new cases, 493 were local transmissions while 18 were imported.
The number of local infections remained in the 400-range for the fifth consecutive day.

The greater Seoul metro area accounts for over 70 percent of all domestic cases, including 192 in Seoul, 143 in Gyeonggi Province and 21 in Incheon.

New infections in areas outside the capital region came to 137, remaining over 100 for the ninth consecutive day.

The number of severely or critically ill COVID-19 patients rose by four to 101, while no coronavirus-related deaths were reported on Tuesday, leaving the death toll at 526.
Share
Print
List