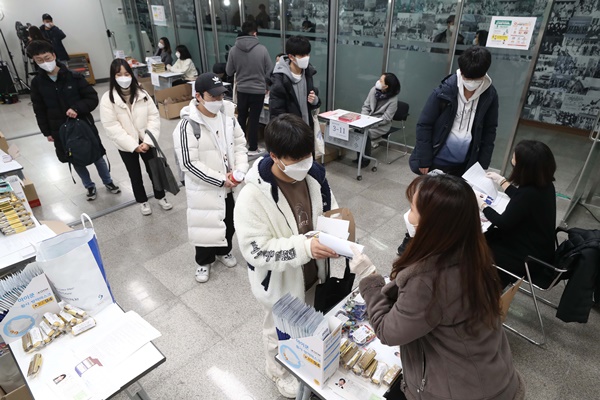 This year’s annual College Scholastic Ability Test(CSAT) will be held on Thursday amid a surge of COVID-19 cases in the nation.

The Education Ministry announced on Wednesday that the CSAT will be held in 86 test districts from 8:40 a.m. Thursday.

Initially, the annual exam was set to be held on November 19 but was postponed by two weeks after schools pushed back the beginning of the first semester to April due to the COVID-19 epidemic.

A total of 493-thousand-433 people are set to take the CSAT this year, down some ten percent from last year. The figure is the lowest to be posted since the CSAT was introduced in 1994, and it has never before slipped below 500-thousand.

Those who show symptoms of COVID-19 shortly before entering their test venues will be led to a separate class within the venue to take the test.

As of Tuesday, 35 students who have tested positive and 404 others in quarantine will have the opportunity to take the exam at medical facilities and separate venues.
Share
Print
List