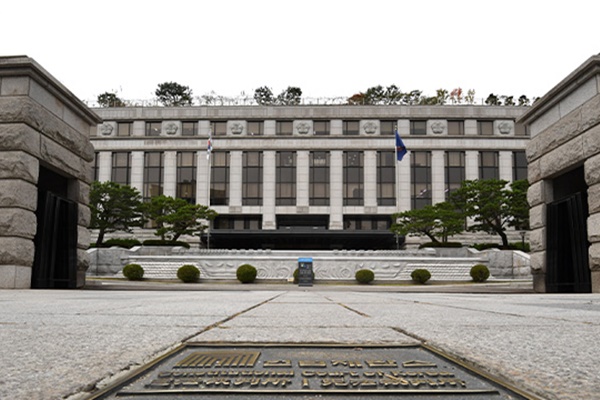 Prosecutor General Yoon Seok-youl has filed a petition asking the court to review the constitutionality of a clause in a current law on disciplining prosecutors, which allows the justice minister to select most members of a disciplinary committee.

Yoon's attorney said Friday that two provisions in Chapter Five of the Act on the Discipline of Prosecutors are against the Constitution when the prosecutor general is the one being disciplined.

The legal provisions in question stipulate that the justice minister name and appoint five out of seven disciplinary committee members who will discuss punitive action against a prosecutor.

Yoon's camp said those clauses violate the chief prosecutor's right to hold public office and his right to equality guaranteed under the Constitution.

The defense team also filed a court request to suspend the validity of disciplinary procedures against the prosecutor general until a decision is made on the constitutional appeal.