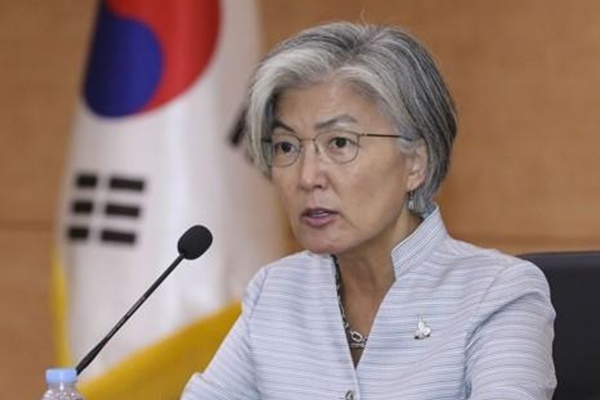 South Korea's Foreign Minister Kang Kyung-wha said diplomatic efforts are under way for the prompt release of a South Korean oil tanker and its 20 crew members seized by Iran.

Speaking to reporters on Tuesday, Kang said Seoul is trying to figure out what happened through the Iranian Embassy in South Korea and the South Korean Embassy in Iran, and continuing to make efforts to resolve the situation.

Asked whether the seizure could be retaliation for South Korea's freezing of Iranian assets in accordance with U.S. sanctions, Kang stressed that verifying the facts and confirming the safety of the crew should take priority.

On Monday, Iran's Revolutionary Guards Corps seized the MT Hankuk Chemi as it was traveling from Saudi Arabia to the United Arab Emirates, claiming that the vessel was causing environmental and chemical pollution in the area.
Share
Print
List