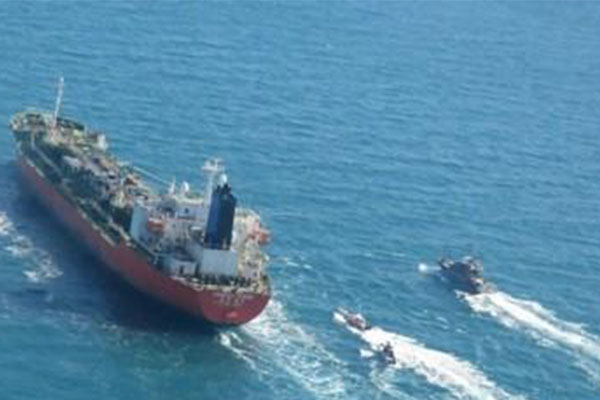 The South Korean government is preparing to take legal action against the seizure of a South Korean-flagged oil tanker in the Persian Gulf by Iran's Revolutionary Guard Corps(IRGC).

In a report submitted to the National Assembly on Wednesday, the Foreign Ministry said the legal procedure is one way Seoul is considering in resolving the situation.

The ministry said it is in the process of confirming Tehran's claim that the seizure was due to environmental concerns, whether the tanker had violated Iran's territorial waters, and whether the IRGC followed international laws in seizing the vessel.

Tehran has said its judiciary will handle what it called the ship's repeated violation of marine environmental regulations, a claim strongly denied by the ship operator.

The ministry said it is maintaining communication with Iran through embassies in both countries and has arranged a visit by First Vice Foreign Minister Choi Jong-kun starting Sunday. A separate delegation may leave for Iran on Wednesday night.

The ministry also plans to send a consular representative to Bandar Abbas, where the tanker and its 20 crew members are being detained, to provide assistance.
Share
Print
List