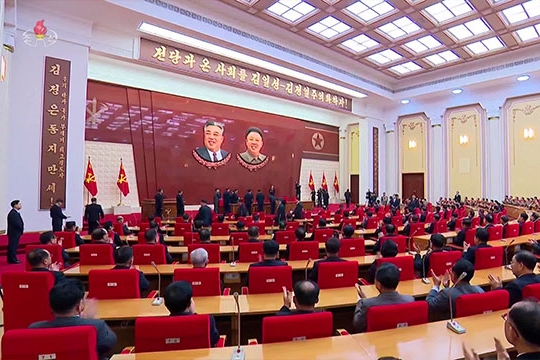 North Korea has reportedly revised the rules of the ruling Workers' Party to clarify its intent aimed at strengthening national defense capabilities.

The North's official Korean Central News Agency (KCNA) said on Sunday that the revision was adopted the previous day at the eighth party congress, which is under way in Pyongyang.

The KCNA said the revised rules clarified that "powerful defense capabilities would fundamentally contain military threats and safeguard the stability and peaceful environment of the Korean Peninsula."

North Korea also reinstated the party's secretariat system, which was scrapped during the 2016 party congress.

The party reportedly replaced the Executive Policy Council with the Secretariat and changed the chairmen and vice chairmen positions in the party committees into different levels of secretaries.