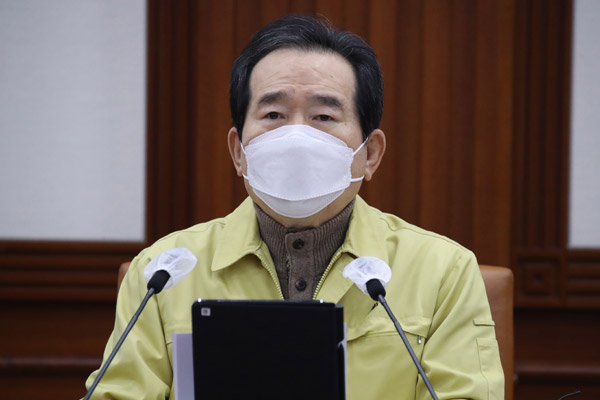 Prime Minister Chung Sye-kyun said on Tuesday that the government has made significant progress recently in its efforts to purchase additional COVID-19 vaccines.

The prime minister unveiled the development while presiding over a government meeting on COVID-19 responses, adding the government will disclose details after the contract becomes finalized.

Chung explained that while the government has already signed deals for enough vaccines to inoculate all of South Korea’s population, there are still uncertainties such as the duration of the efficacy, possible side effects and storage issues that may lead to the disposal of vaccines.