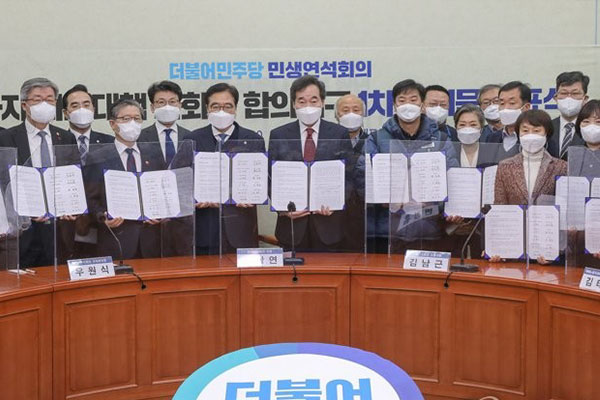 Unionized delivery workers and logistics firms have reached an agreement on a set of measures to improve working conditions.

A social consultative body, which was formed last month to address the heavy workload of the country's delivery workers, announced the agreement on Thursday morning. The concerned parties signed the deal at the National Assembly.

The deal stipulates that logistics firms will be responsible for sorting parcels, which has been cited as a major reason for long work hours. They are now also required to pay extra fees if delivery workers sort parcels.

The concerned parties agreed to produce a standard form of contract to that effect by the end of the first half and to sign it by September.
Share
Print
List