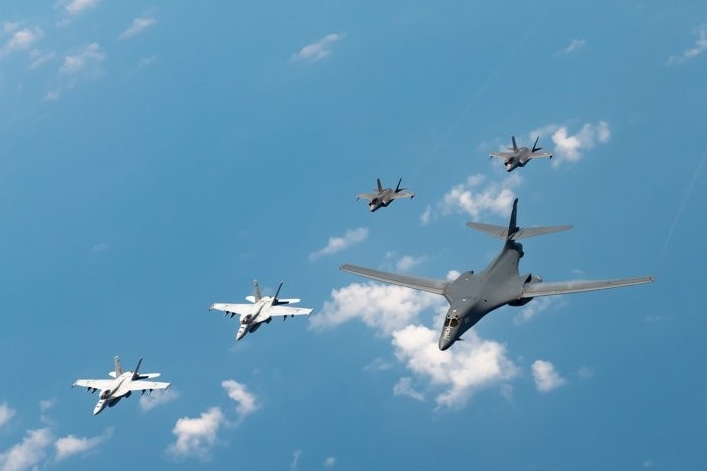 South Korea and the United States are likely to hold their annual springtime combined military exercise in mid-March.

According to military sources on Sunday, military authorities of both countries agreed to hold the exercise in the second week of next month and discussions are under way to decide the schedule and other details.

The planned allied two-part exercise is likely to be held for nine days in the form of a computer-simulated command post training, as in previous years.

A military official said that consultations are under way on how to stage the exercise amid the COVID-19 pandemic.

Talks are also reportedly under way between the allies regarding the Full Operational Capability (FOC) test, the key part of steps to verify Seoul's readiness to take over wartime operational control from the United States.

South Korea reportedly wants to conduct the FOC test during the planned combined drills, although the United States is said to be lukewarm about the idea amid the pandemic.
Share
Print
List