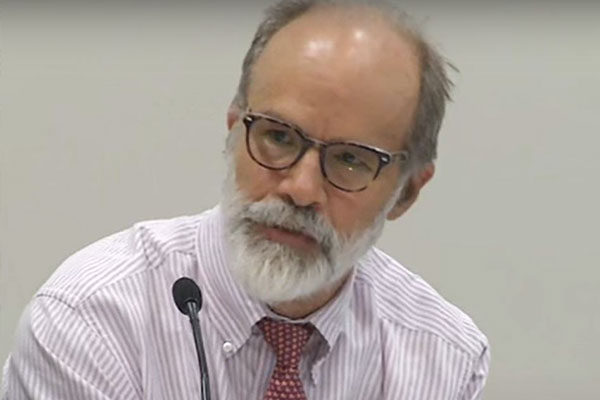 J. Mark Ramseyer, a Harvard law professor who controversially claimed that the victims of Japan's wartime sexual slavery were voluntarily employed, has also denied Japan's mass killing of Koreans in 1923.

In a paper published in June 2019, Ramseyer attempts to justify the deaths of Koreans by Japanese authorities and vigilance corps in the country's Kanto region following a large earthquake.

Acknowledging that there were killings, Ramseyer stressed that the focus should be the scope of crimes committed by Koreans at the time and how many were actually killed by Japan.

He also cited assassinations or attempts by Korean activists against Japan's colonial rule following the March First Movement in 1919.

The Harvard professor claimed that the death toll among Koreans was estimated at more than 20-thousand, contrary to the Japanese Government-General of Korea's estimate of the 300s.

The controversial paper is scheduled to be published by the University of Cambridge in August.
Share
Print
List