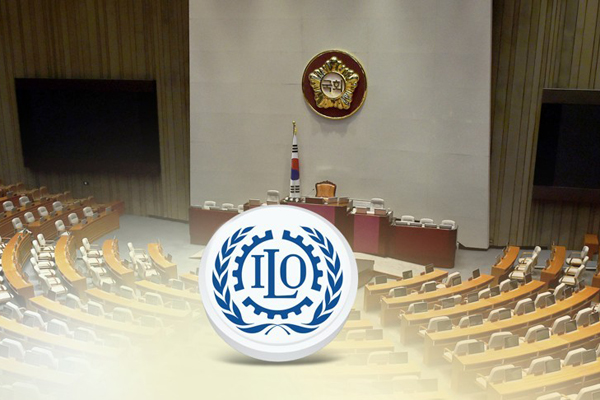 A set of key international conventions on workers’ rights has been ratified by parliament in a plenary vote on Friday.

The three motions passed by the ruling Democratic Party-led National Assembly finalizes conventions addressing the freedom of association, the right to organize and collectively bargain and the prohibition of forced labor.

They are among four key International Labor Organization conventions South Korea had long postponed approving since joining the organization in 1991.

The fourth yet-to-be-ratified convention in regards to the abolition of forced labor was left for further discussion as the convention could clash with South Korea's social service agent system, in which conscripted individuals perform civilian service in lieu of military service.

The country had come under growing international pressure over the delay. The EU launched a dispute settlement process against South Korea in December 2018, claiming Seoul's deferred ratification was a violation of their trade deal.