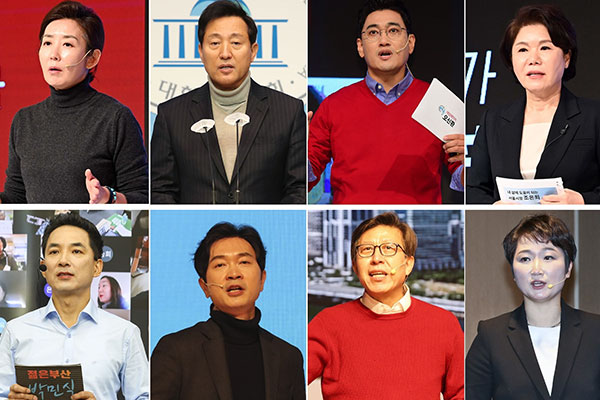 The main opposition People Power Party(PPP) is set to finalize its candidates for April's Seoul mayoral by-election this week, based on the outcome of a public survey conducted on Tuesday and Wednesday.

The respondents in the phone survey will be asked which of the four potential candidates in the party primary they prefer. The four are former party floor leader Na Kyung-won, former Seoul Mayor Oh Se-hoon, former lawmaker Oh Shin-hwan and Seoul's Seocho district chief Cho Eun-hee.

Since the survey will not classify the respondents by the party they support, those who do not support the PPP may also participate.

The final candidate will have to go through another primary against the minor People's Party leader Ahn Cheol-soo, who was declared the winner in a third-party primary against former ruling Democratic Party(DP) lawmaker Keum Tae-sup on Monday.

Ahn, who has been calling to field a single opposition candidate, said he will meet with the PPP candidate as soon as the party finalizes its choice.

The PPP is set to name its candidates for the mayoral races in Seoul and Busan on March 4.
Share
Print
List