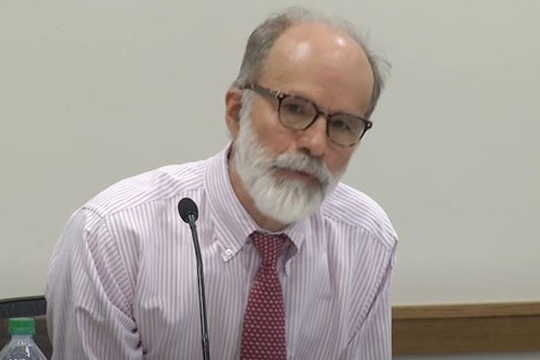 The U.S. city of Philadelphia has adopted a resolution denouncing a controversial article by Harvard Law School professor J. Mark Ramseyer, who argues that victims of Japan's wartime sex slavery were willing prostitutes.

According to the Philadelphia City Council, the resolution introduced by council member David Oh, a Korean American, on February 25 was approved on Thursday.

The resolution refutes Ramseyer's article titled "Contracting for Sex in the Pacific War," saying it contradicts the historical consensus and evidence of the thousands of women forced into sexual slavery by the Japanese Imperial Army before and during World War Two.

It also condemns the article as a grossly inaccurate and offensive account of victims of a brutal human trafficking scheme.

The resolution also noted Japan’s Chief Cabinet Secretary Yohei Kono offering an apology in 1993 on the comfort women issue and his promise that Japan would squarely face the historical facts instead of evading them.

The resolution went on to say that under the Shinzo Abe administration, a government panel was formed to investigate the origins of the 1993 Kono statement, and its findings were strongly criticized by Beijing and Seoul as they believed the investigation was an attempt to delegitimize the apology.

The resolution added that Ramseyer’s paper is yet another disrespectful rewriting of history that reduces the grave injustices and suffering inflicted upon these women to consensual prostitution.

The council concluded that on behalf of survivors and for women and girls around the world, society must continue to push back against dangerous attempts to minimize historical atrocities and ensure they never happen again.
Share
Print
List