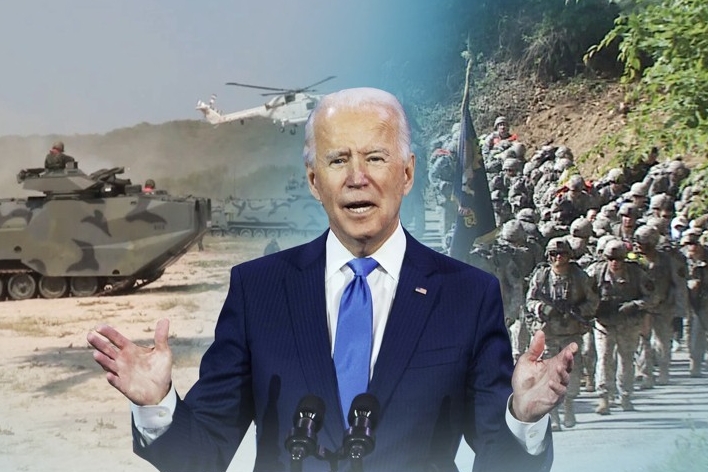 South Korea and the U.S. held talks Friday to reach an agreement on defense cost sharing, known as the Special Measures Agreement, which stipulates the cost of keeping U.S. troops on the Korean Peninsula.

According to diplomatic sources, the talks held in Washington were led by Seoul's chief negotiator Jeong Eun-bo and his U.S. counterpart Donna Welton of the State Department.

The meeting is the ninth round of negotiations and comes just one month after the previous negotiation held virtually on February 5, not long after the Biden administration took office.

The face-to-face defense cost talks are the first in a year since the seventh session held in Los Angeles.

Jeong is expected to return home Sunday, which means the two sides could meet again Saturday to hammer out last minute sticking points.

The last Special Measures Agreement expired at the end of 2019 and the allies have been deadlocked on renewing the deal. Seoul had offered to increase its payment by 13 percent but the former Trump administration demanded a steeper hike.

Seoul is still pushing for a maximum 13 percent rise while both sides are known to be agreeing to a multiple-year contract.
Share
Print
List