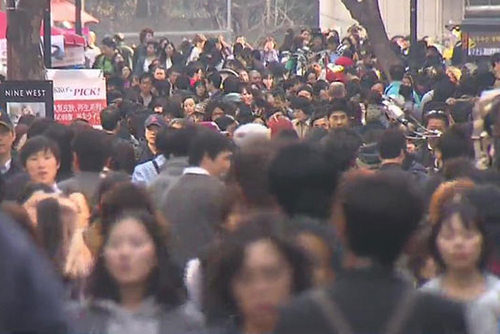 Anchor: A recent survey has found that workplace gender inequality among major companies in South Korea remains at serious levels, despite efforts to increase the hiring of women over the past 20 years.
This as an annual gender equality index by The Economist showed that South Korea maintained the lowest ranking among OECD countries for the ninth year.
Choi You Sun reports.

Report: Industry tracker Korea CXO Institute assessed on Monday that gender inequality among employees at the country's leading companies remains serious, with the proportion of women rising from 15 out of 100 in 1999 to only 20 out of 100 in 2019.

Despite employment for women nearly doubling during the 20-year period, the gender ratio remained relatively unchanged.

Nine companies, including Samsung Electronics, Lotte Shopping, Korean Air, LG Display and Asiana Airlines, increased women employees by more than one-thousand. KT Corporation, on the other hand, more than halved its female workforce to around four-thousand.

Despite the increased hiring, only two - Lotte Shopping and Asiana Airlines - had the proportion of women exceed 50 percent as of 2019.

Looking at annual salary, women were paid only 66-point-seven percent of men's salaries in 2019, up less than one percentage point compared to 1999.

Meanwhile, The Economist's latest Glass Ceiling Index(GCI), which assesses workplace gender equality among member states of the Organization for Economic Cooperation and Development(OECD), showed South Korea at the bottom for the ninth year in a row.