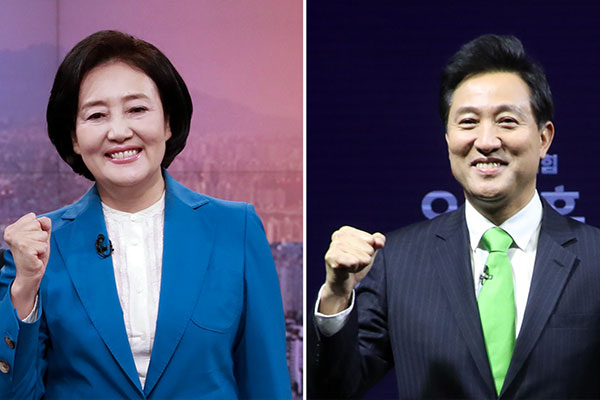 Public sentiment for the main opposition candidates in the April 7 mayoral by-elections for Seoul and Busan was found to be broadly outpacing their ruling party rivals in the final polls legally allowed before election day.

In the Busan mayoral race, support for the PPP's Park Hyung-joon came in some 20 percentage points higher than his DP rival Kim Young-choon, at 46-point-eight percent to 26-point-seven percent.