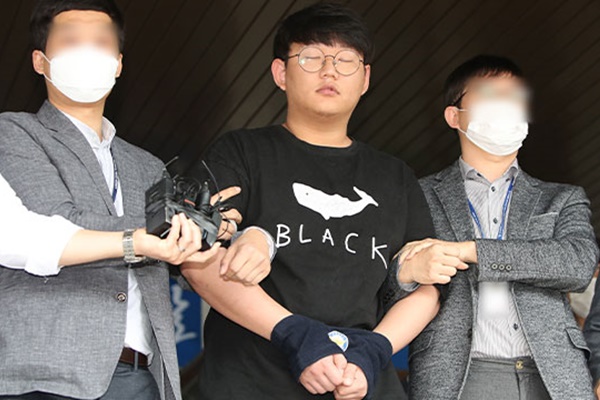 The Daegu District Court on Thursday sentenced Moon Hyung-wook, a major player in an online sexual blackmail ring, to 34 years behind bars.

Moon was convicted for running the “nth room” chatrooms on Telegram and distributing thousands of obscene videos of women and girls he coerced into sharing explicit videos of themselves.

In addition, once he is released, Moon’s personal information will be made public for ten years and he will be unable to work at institutions related to children and teenagers, as well as wear an electronic ankle bracelet for 30 years.

The court ruled that Moon's crimes caused irrevocable damage to the victims, warranting severe punishment. However, women’s rights groups expressed their disappointment that he did not receive a life sentence, which was sought by prosecutors.

The college student was accused of blackmailing about 50 victims, mostly high school students, into filming sexual and sometimes self-harming videos. He then sold them online via 12 chatrooms, where more than three-thousand-700 pieces of content were shared.
Share
Print
List