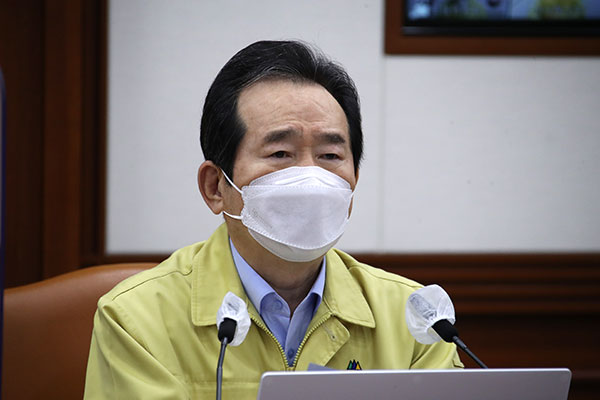 South Korea's Prime Minister Chung Sye-kyun has departed for Iran on Sunday for talks on bilateral ties and other issues.

Chung left for the Middle East country on Sunday morning on Air Force One at Seoul Air Base in Seongnam.

Chung's visit, the first by a South Korean prime minister in 44 years, follows Tehran's release of a Korean oil tanker and its captain about three months after its seizure over alleged oil pollution.

During the trip from Sunday to Tuesday, Chung is expected to discuss pending issues including Iran's funds worth seven billion dollars frozen in South Korea under United States sanctions.

Chung will then meet with other senior Tehran officials including parliament speaker Mohammad Bagher Ghalibaf.

He is also scheduled to meet with officials from South Korean businesses operating in the Middle East country, such as Samsung Electronics and SK Networks. Chung will return home on Tuesday.
Share
Print
List