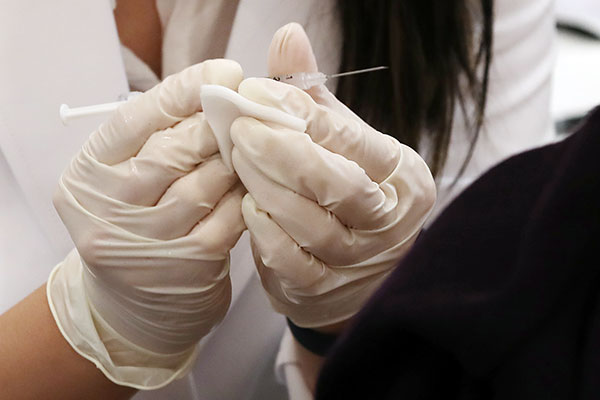 The Health Ministry on Friday denied that the COVID-19 vaccine it said a local company will produce on consignment from August is Russian-made.

Sohn Young-rae, a senior health official, said in a press briefing that officials hadn't been referring to Sputnik V when they made the announcement the previous day.

He said many countries are conducting tests on the safety and efficacy of Sputnik V and the government needs more time to assess whether the vaccine is appropriate for procurement.

The remarks came after pharmaceutical company Huons Global said on Friday that it has signed a technology transfer deal to produce Sputnik V in South Korea.

Huons said the deal was sealed between a consortium involving its subsidiary Humedix and the Russian Direct Investment Fund(RDIF) that invested in the vaccine development.

Huons Global is expected to establish a facility to manufacture at least 100 million doses of the vaccine, allowing the consortium to adopt the technology and begin trial production in August.

Another local company, GL Rapha, has formed a separate consortium through its subsidiary with seven other firms and agencies for the production of the Sputnik V vaccine.
Share
Print
List