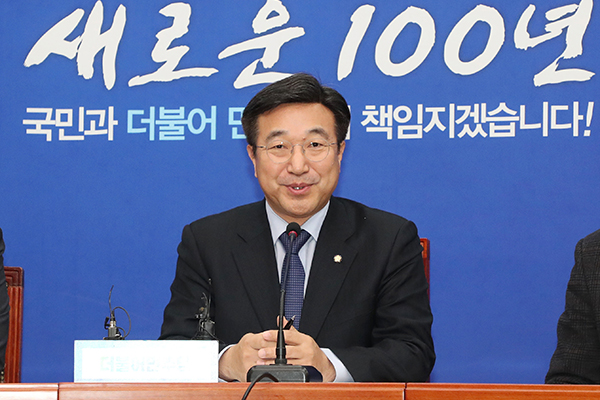 The four-term lawmaker, who is a member of a faction close to President Moon Jae-in, defeated three-term Rep. Park Wan-joo by securing 104 of 169 votes at a general meeting of assembly members on Friday.

After his victory, Yun vowed that DP will reform after a period of introspection in the aftermath of a recent by-election defeat, to become a party that is competent, reform-minded and hard-working. He also pledged to seek dialogue and cooperation with the opposition.

The election of a pro-Moon figure, however, raises speculation that the ruling camp is unlikely to change policy direction or seek major internal reform.

In fact, the pro-Moon faction is expected to bolster its force as Yun will also head the party's emergency committee until a party convention scheduled for May 2.

Earlier, Yun called to accelerate the Moon administration's drive to reform institutions of power, including the prosecution and the media.
Share
Print
List