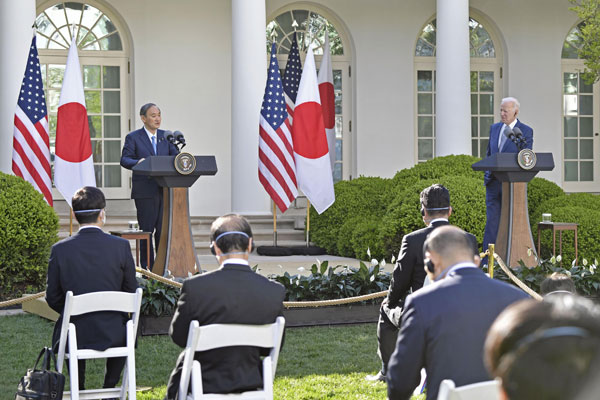 The leaders of the U.S. and Japan have reaffirmed their commitment to the complete denuclearization of North Korea.

The two sides urged North Korea to fulfill its obligations under UN Security Council resolutions and also called for full implementation by the international community.

Biden and Suga said they will strengthen deterrence to maintain peace and stability in the region and work together to address the dangers associated with North Korea's nuclear and missile program, including the risk of proliferation.

Biden also reaffirmed U.S. commitment to the immediate resolution of the issue of Japanese nationals believed to have been abducted by Pyongyang decades ago.

Referring to challenges in the Indo-Pacific region, the two leaders said they recognize that trilateral cooperation with South Korea has never been as important as today, and agreed to promote such collaboration.