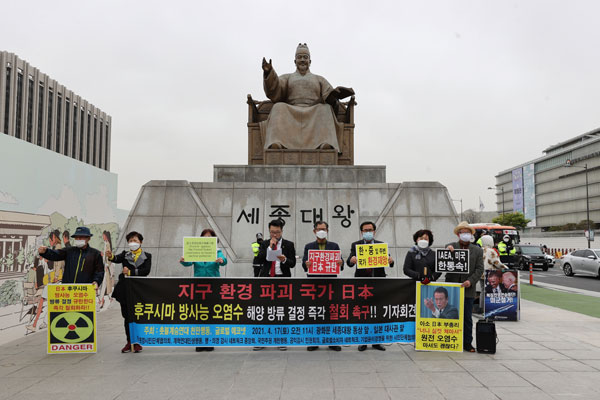 Eight South Korean civic groups held a news conference at Gwanghwamun Plaza in Seoul on Saturday and denounced Japan's decision to release radioactive water from its Fukushima nuclear power plant into the ocean.

The groups called for the immediate withdrawal of the decision, calling it catastrophic, irresponsible and disregarding the safety of neighboring countries.

They urged the South Korean government to sternly respond to Japan's self-centeredness, including joining forces with neighbors and making preparations to file preliminary measures with the International Tribunal for the Law of the Sea.

After the press conference, the groups went over to the Japanese embassy and recited a letter demanding a retraction of the wastewater discharge plan.
Share
Print
List