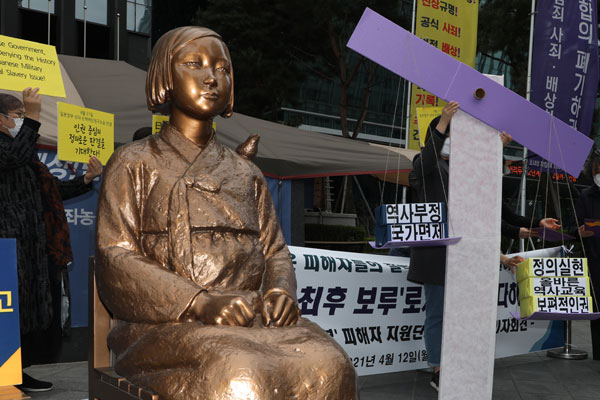 Following a court ruling in January that ordered Japan to compensate South Korean victims of wartime sexual slavery, a formal process to collect litigation costs from Japan has begun.

The Seoul Central District Court on March 29 conveyed a "service by publication" notice on collecting the expenses.

Service by publication is used to notify a defendant who is intentionally absent, at an unknown address or cannot be found to accept the delivery of legal documents.

The plaintiffs in the ruling, including the late victim Bae Chun-hee, relied on a litigation aid scheme and received assistance from the Korean government for their legal fees.

Following the court ruling, the defendant, Japan, will also shoulder that cost.

In January, the Seoul Central District Court ruled that the Japanese government should give 100 million won in compensation to 12 victims. Japan did not appeal the decision.
Share
Print
List