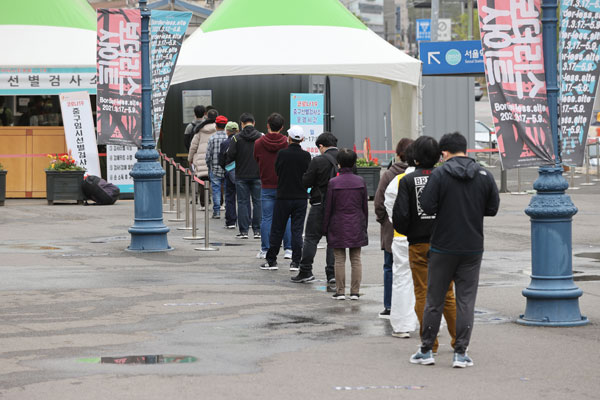 The Korea Disease Control and Prevention Agency(KDCA) said Monday that the new infections raised the country's accumulated caseload to 114-thousand-646.

The daily figure dropped by about 140 from the previous day, but it is mainly attributed to fewer tests over the weekend. Virus concerns remain high amid continued outbreaks of sporadic clusters across the nation and the first confirmed cases of a COVID-19 variant from India.

Of the new cases detected throughout Sunday, 512 are local transmissions while 20 are imported.

More than half of the domestic cases came from the greater metro area, with 136 in Seoul, 142 in Gyeonggi Province and ten in Incheon. Other parts of the nation added 224 cases.

Four more deaths have been reported bringing the death toll to one-thousand-801. The fatality rate stands at one-point-57 percent.