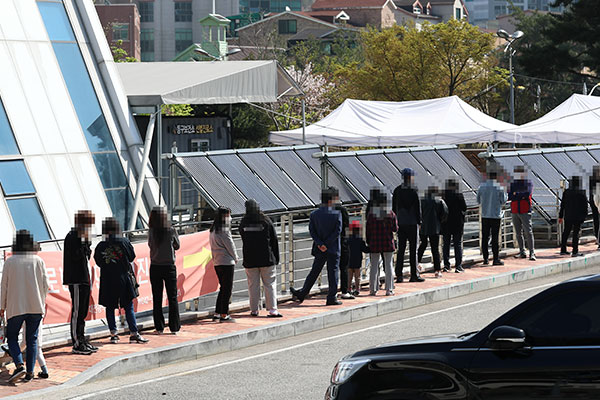 The daily figure slightly increased from the previous day, remaining in the 500s for the second straight day.

Of the new cases detected throughout Monday, 529 are local transmissions while 20 are imported.

About two-thirds of the domestic cases came from the greater metro area, with 147 in Seoul, 184 in Gyeonggi Province and 18 in Incheon. Other parts of the nation added 180 cases.

One more death has been reported bringing the death toll to one-thousand-802. The fatality rate stands at one-point-56 percent.