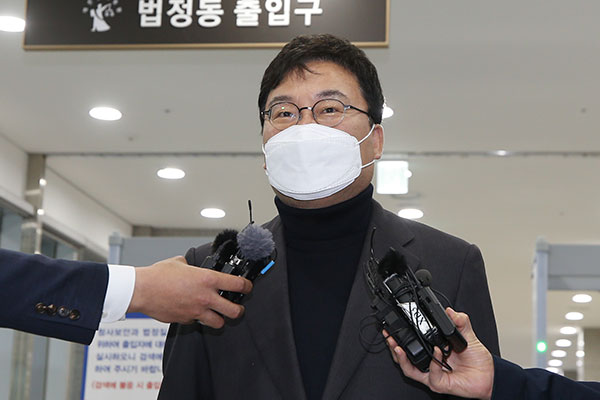 The National Assembly passed a motion for the arrest of independent lawmaker Lee Sang-jik, who is accused of embezzlement and dereliction of duty as the founder of the cash-strapped budget carrier Eastar Jet.

Out of 255 lawmakers in attendance at Wednesday's plenary session, 206 supported the motion, while 38 opposed. Another eleven abstained.

The former ruling Democratic Party(DP) representative is suspected of colluding with a company official indicted for causing financial damage to the airline by paying off long-term loans early and underselling company shares to a specific subsidiary.

Prosecutors required parliamentary consent as a lawmaker is protected from arrest while the parliament is in session.

This is the 15th time in history that a motion to arrest a member of the Assembly has passed, just six months after the last one against DP Rep. Jeong Jeong-soon.
Share
Print
List