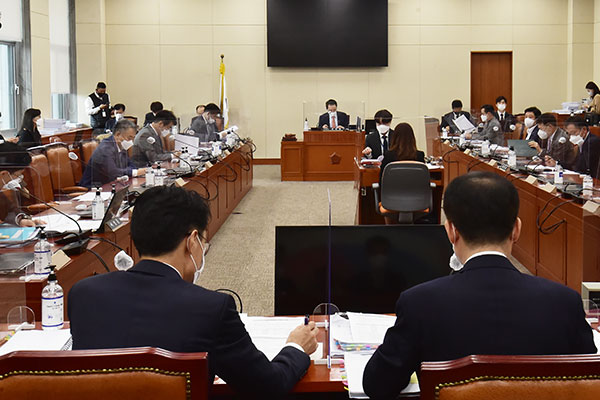 Under the "Conflict of Interest Prevention Act," a public official who engages in a transaction related to his or her work must report the deal in advance or refrain from taking part in such actions. The government will be able to take disciplinary action and file criminal charges against those who use undisclosed information in a private transaction.

The bill had been submitted and scrapped repeatedly over the past eight years but momentum to pass it gained traction after land speculation allegations surfaced involving employees of the Korea Land and Housing Corporation(LH).

The law has bearing on some one-point-nine million public officials, including civil employees and local council members.

The bill will now head to the Legislation and Judiciary Committee. It’s likely to be submitted at a plenary session next Thursday at the earliest and will likely be approved before the end of the month.
Share
Print
List