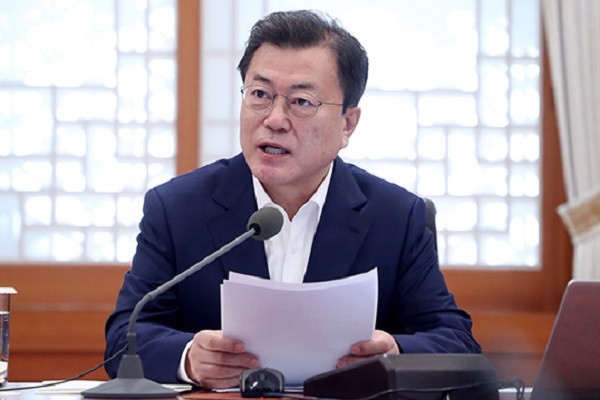 The approval ratings of President Moon Jae-in and the ruling Democratic Party have fallen to the lowest since his inauguration.

According to a Realmeter survey of two-thousand-500 adults 18 and older last week released on Monday, Moon's approval rating fell by point-eight percentage points from the previous week to 33 percent.

The approval rating for the Democratic Party was 27-point-eight percent, down two-point-nine percentage points, while that for the main opposition People Power Party rose point-seven percentage points to 37-point-three percent.

The survey commissioned by local cable network YTN has a 95 percent confidence level with a margin of error of plus or minus two percentage points. It was conducted between last Monday and Friday.
Share
Print
List