US Says Its N. Korea Policy Aimed at Solutions, Not Hostility 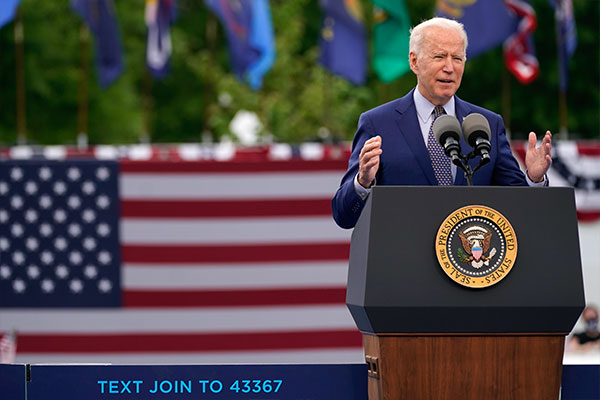 Anchor: North Korea issued statements condemning the U.S. a day after it completed a months-long review of its North Korea policy and after U.S. President Joe Biden called the North a serious threat in his first address to Congress. In response to such statements, U.S. National Security Adviser Jake Sullivan stressed that Washington’s policy towards the North is aimed at solutions and not hostility.
Our Bae Joo-yon has more.

Report: In an interview with ABC's "This Week” on Sunday, U.S. National Security Adviser Jake Sullivan said Washington is prepared to engage in diplomacy with North Korea. He stressed that the U.S.’ North Korea policy is not aimed at hostility, but solutions, and ultimately, the complete denuclearization of the Korean Peninsula.

Sullivan said that the U.S. will work on practical measures that can help make progress towards achieving that goal.

He said that rather than all-for-all or nothing-for-nothing, a more calibrated, practical and measured approach will stand the best chance of moving the ball down the field towards reducing the challenge posed by the North’s nuclear program.

Sullivan’s remarks come after the North warned that Washington will face a "very grave situation" as Biden made a "big blunder" by calling North Korea's nuclear program "a serious threat" - together with Iran's - during his policy speech to Congress last week.

Kwon Jong-gun, director general of the Department of U.S. Affairs of the North's Foreign Ministry, issued the warning in a statement on Sunday, saying that now that the keynote of the U.S.’ new North Korea policy has become clear, the North will be compelled to press for corresponding measures.

He also downplayed "diplomacy" and "stern deterrence", which Biden pledged to use to address threats from the North, calling them "intolerable."

The warning also comes as the leaders of South Korea and the U.S. are slated to hold a summit on May 21 in Washington.

In Seoul, South Korean Unification Minister Lee In-young cited that the summit will take place as Washington has revealed the key points of its North Korea policy. He then added that the government will coordinate with the U.S. to move up the date for dialogue between the U.S. and the North.
Bae Joo-yon, KBS World Radio News.
Share
Print
List