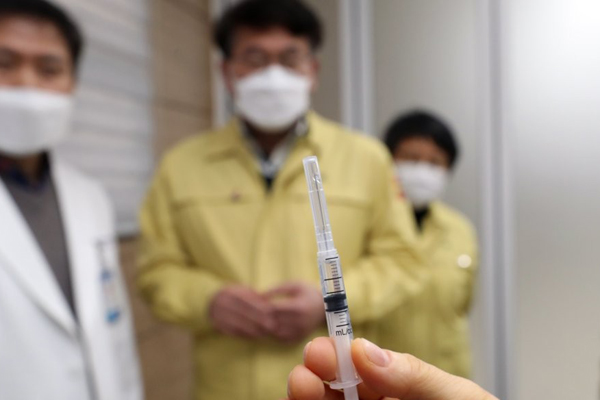 The National Medical Center's research institute of public health has conducted an interim survey of COVID-19 immunity on vaccinated people and found that neutralizing antibodies have formed in all of those surveyed.

Announcing the findings in a Monday news conference, researchers looked into antibody formation before and after the first and second doses in 50 National Medical Center employees who received the Pfizer vaccine.

Sixty-two percent developed neutralizing antibodies three weeks after their first vaccine dose. This shot up to 100 percent one week after the second.

Another study on antiviral T lymphocytes involving 30 people found that all those fully vaccinated had those cells, pointing to a cell-mediated immune response sufficient for virus prevention.

A senior official at the medical center said the small-scale interim survey is difficult to compare with large scale studies overseas and also noted the participants were mainly in their 20s to 40s.
Share
Print
List