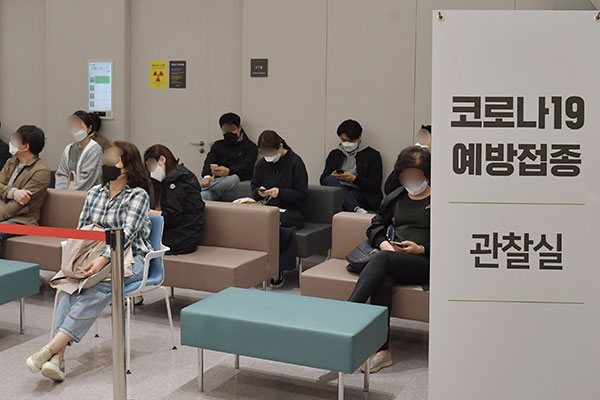 The government says it will aim to vaccinate up to 13 million people against COVID-19 within the first half of the year by bringing in 14-point-two million additional vaccine doses this month and next month.

The Ministry of Health and Welfare reported a vaccine supply plan to President Moon Jae-in during a special virus response meeting on Monday.

Under the plan, the government will supply the public with a total of 18-point-32 million shots within the first half, including four-point-12 million doses that have already been administered.

The remaining 14-point-two million doses will be provided by the end of next month, including seven-point-23 million doses of the AstraZeneca vaccine between May 14 and the first week of June, and five million Pfizer vaccines.

Additionally, one-point-67 million AstraZeneca vaccines and 297-thousand Pfizer doses will arrive in the country by the end of June through the UN-backed COVAX Facility.

The plan was disclosed amid concerns over a possible vaccine shortage driven in part by a lack of information on when and how the country will receive the promised vaccines in deals earlier reached.

The inoculation of 13 million people, if realized, would be one million more than the government's initial plan for the first six months of 2021.

To help ease concerns of a supply glitch, the government is also holding talks to bring other vaccines, including Novavax, Moderna and Johnson and Johnson, within the first half of the year, while planning to increase state assistance efforts to domestic pharmaceutical companies for the development of a home-grown vaccine.
Share
Print
List