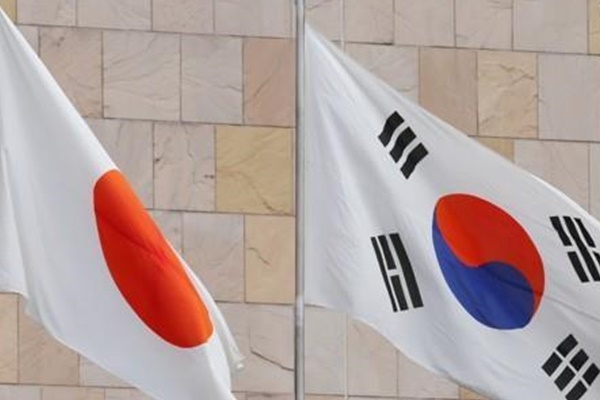 The foreign ministers of South Korea and Japan agreed to cooperate on North Korea, but only confirmed their differences on history issues and Tokyo's decision to release contaminated water into the ocean.

Seoul's Foreign Ministry said in a press release that during the 20-minute talks, the two shared an understanding on the need to closely cooperate for peace and prosperity in Northeast Asia and the world and also reached a consensus on the need to develop Seoul-Tokyo ties in a future-oriented manner.

They assessed that the three allies including the U.S. have closely communicated on the issues of the North and North Korean nuclear program. They agreed to continue cooperation to bring substantial advancement toward complete denuclearization and lasting peace on the Korean Peninsula.

On some contending issues between the two countries, however, Chung and Motegi reiterated each side’s positions, including Tokyo’s recent decision to release radioactive water from the crippled Fukushima nuclear plant into the ocean.

Chung delivered Seoul’s concerns over the matter, noting the decision was made without sufficient advance consultation with neighboring countries. He called for a careful approach to the issue that takes into account the release’s impact on human health and the ocean environment.

Motegi relayed Tokyo’s stance to Chung that South Korea should take appropriate measures on the issue of Japan’s wartime sexual slavery and come up with acceptable proposals on Japan’s wartime forced labor issue.