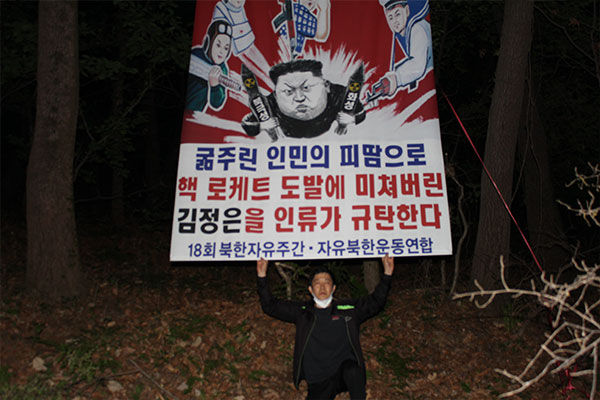 South Korean police raided the office of a North Korean defector-turned-activist, who claimed to have sent anti-Pyongyang leaflets into the North last month.

The Seoul Metropolitan Police Agency on Thursday confirmed the raid of the office of Park Sang-hak, the head of Fighters for a Free North Korea, vowing to ensure a swift and stern investigation.

Park's group claims to have sent ten balloons carrying around 500-thousand leaflets near the Demilitarized Zone(DMZ) between April 25 and 29.

If confirmed, it could be the first violation of Seoul's ban on such propaganda activity enforced in March. Violators could face a prison term of up to three years or a fine of up to 30 million won.